Separation of church and state? Like the Bill of Rights, that is becoming quite the quaint concept. What the one indispensable nation on the bright shining hill hath joined together, let no politician worth his salt put asunder.... especially when the economy sucks for the vast majority. Thus spake Obama:

For me, and for countless other Christians, Holy Week and Easter are times for reflection and renewal.  We remember the grace of an awesome God, who loves us so deeply that He gave us his only Son, so that we might live through Him.  We recall all that Jesus endured for us – the scorn of the crowds, the agony of the cross – all so that we might be forgiven our sins and granted everlasting life.  And we recommit ourselves to following His example, to love and serve one another, particularly “the least of these” among us, just as He loves every one of us.

I guess his meeting with the pope rubbed off on him. Either that, or he's telling us that prayer is all we have left, now that the great Satan Oligarch has been unleashed upon the Precariat. "For me, Easter is a story of hope – a belief in a better day to come, just around the bend," he droned on. Just like those drones on the Yemeni and Pakistani horizons.

(Update: Wouldn't you know it. As Obama was delivering his sermonette, there was in fact another drone strike in Yemen, killing more than a dozen "least of these" human beings. The reapers apparently had been hovering like avenging angels in the skies since Holy Thursday. Upon further reflection, the president apparently opted for renewal of drone strikes instead of the standard ceasefire during the holiest week of his whole year.)

Actually, I think he went into religious overkill mode in his weekly address to pre-empt criticism from Fox News that he's taking the Christ out of Easter, given that he also plans to celebrate the holiday the old-fashioned pagan way this Monday. And to be fair, he also gave a tip o' the hat to American atheists ("non-believers") and other faiths.

Meanwhile, as with everything else in neoliberal America, admission to the annual White House Easter Egg Roll is possible only by the luck of the draw.


This year's theme  "Hop into Healthy, Swing into Shape," encourages children to lead healthy, active lives in support of the First Lady's Let's Move! initiative. In addition to the fun and games, the day's activities will help educate families on smart ways to incorporate healthy eating and exercise choices into their daily routines.

I am sure that the one in six families deemed food-insecure are just dying to learn about smart ways to incorporate healthy eating habits -- such as, how to procure actual food -- into their soul-crushing daily routines.

And this might sound picky, but the syntax in the first sentence in the egg roll press release is a little creepy. (Frankly, the whole shame-peddling Let's Move gimmick is a little creepy.) Children are encouraged to lead healthy active lives in support of the first lady's initiative. What about encouraging them to lead healthy active lives in support of their own well-being? How about the first lady going to Congress and shaming them into restoring those billions of dollars in bipartisan food stamp cuts?

But I digress from the faith and the fun. In solidarity with the Christian tradition begun by poor-hater Ronald Reagan and his lovely wife Nancy, the eggs will be made of inedible wood and painted with the likenesses of the First Families and their pampered pets. Bo and Sunny eggs will be colored purple, in keeping with the "there are no red states, there are no blue states" consensus fetish so beloved by Barack. Limited bipartisanship, just like the limited edition eggs, ensures that endless war, corporate welfare, and the surveillance state are permanently exempt from phony congressional gridlock.

Speaking of the stifling security state, the following items will not be tolerated at the White House festivities:

‐Open Food and Beverages of any kind
‐Duffel Bags/Suitcases/Backpacks (what, no sleepovers in the Lincoln Bedroom? Rats.)
‐Smoking (even though under the TPP, Big Tobacco would be given carte blanche to sell its poison to poor children in third world countries over the objections of actual parents)
‐Knives of any size
‐Aerosols of any kind
‐Fireworks/Firecrackers
‐Animals (except guide dogs)
‐Real or Simulated Weapons/Ammunition
‐Mace


- And most especially, these dreaded creatures: 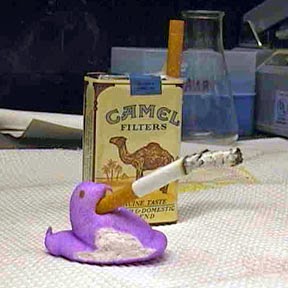 Not exactly "on-topic," but in keeping with today's theme of hypocritical politicians preaching an imagined Gospel to people who have bigger problems to worry about:

Thus Spake Obama
The common thread of humanity that connects us all – not just Christians and
Jews, but Muslims and Hindus and Sikhs – is our shared commitment to love
our neighbors as we love ourselves. To remember, I am my brother’s keeper.
I am my sister’s keeper. Whatever your faith, believer or nonbeliever,
there’s no better time to rededicate ourselves to that universal mission

What, no mention of The Resurrection, where the Big Guy took off like a drone into the ozone? As for those starving kids, send 'em over to the nearest Catholic Church where they can swallow a freeby thin wafer a/k/a Holy Communion.

Yes, Barry did not see fit to call a drone ceasefire and apparently ordered the new killings at the same time he was delivering his sermonette. I added this factoid, plus a link, to the my post.

Thank God, for better days to come...er, whenever! What a coincidence with that drone strike while Obama was speaking, if you believe in them. Love your graphic.

I submit that as long as Obama's droning continues, we continue to ignore his "hopey" PR missives.

As we're going to need all the real hope we can conjure individually.