Buried deep (Page A-21) within the dead tree edition of the New York Times today is a scandal far more deserving of outrage than the latest Ukraine-gate drama:


A critical drug that serves as the backbone of treatment for most childhood cancers, including leukemias, lymphomas and brain tumors, has become increasingly scarce, and doctors are warning that they may soon be forced to consider rationing doses.
Persistent shortages of certain drugs and medical supplies have plagued the United States for years, but physicians say the loss of this medication, vincristine, is uniquely problematic, as there is no appropriate substitute.

Could there, I wondered, have been recent blight of the periwinkle plant (Vinca), whose toxic alkaloids are used for the drug's manufacture?

No. The only blight in play is on the moral compass of Big Pharma, whose ultimate aim is not to cure diseases, but to bloat their stock prices, enrich their investors and reward their CEOs, both with outrageous salaries and golden parachutes when they retire.

Of course, the Times puts it a bit more delicately than that, only noting that Trump's Food and Drug Administration tersely announced that Teva, the drug's manufacturer, had made a "business decision" last July to stop manufacturing vincristine. The only remaining manufacturer is Pfizer, which is experiencing some vague "manufacturing troubles" of its own and can't keep up with demand.

There are shortages not only of vincristine, but also of about 200 other drugs,  including standard antibiotics and injectable vaccines, including the one for rabies. The generic vincristine is the gold standard of treatment for pediatric cancers, including for lymphoblastomic leukemia (which currently has an 85 percent cure rate) along with lymphomas and brain and kidney tumors.

The oncologists interviewed for the Times article describe themselves as terrified at the looming "nightmare situation" of rationing medication, reducing dosages, or even facing a "Sophie's Choice" of which children will be treated and which children will simply be allowed to die.

This situation is not new. In a 2013 survey run by the New England Journal of Medicine, 83 percent of oncologists reported they had been unable to prescribe their first-choice chemotherapy drugs because of shortages, and either had to prescribe less effective alternatives or delay treatment.

What the Times doesn't report about Teva, the Israel-based multinational generic drug company that so abruptly stopped manufacturing Vincristine, is that it is also one of the six major firms now facing billions of dollars in liabilities because of its very lucrative and possibly criminal involvement in the manufacture of opioids for worldwide distribution.

Although Teva refused to comment to the Times about so heartlessly leaving kids with cancer in the lurch, you wouldn't know from its glossy glitzy website that it even had a problem. It brags to potential investors that its idea of helping patients is practically unique among other providers of life-saving medicines. (Because it stresses the money-saving over the life-saving aspects?) While it also correctly points to having left its "unique footprint" on world markets, what it modestly omits is that this footprint is literally crushing the life and the hope out of thousands of young cancer patients and their families:

As the world’s leading provider of generic pharmaceuticals, Teva’s medicines help patients and consumers in a way that few other companies can.

Teva produces 120 billion tablets and capsules a year in 70 pharmaceutical and API facilities around the world. Teva has a leadership position (top 3) in 25 markets globally. The scale and breadth of our generics portfolio has an unprecedented impact on global healthcare. Teva’s exceptional integration of generics and specialty R&D enables us to generate a robust pipeline of high-value medicines, with an emphasis on complex and branded generics. Our R&D capabilities have expanded beyond tablets, capsules, liquids, ointments and creams to a broad range of effective dosage forms and delivery systems.Teva has a unique understanding of - and footprint in - world markets, where our generic medicines are tailored to the needs of local patients, physicians and consumers. We also have an unparalleled ability to partner in commercializing generic products. Building on a remarkable track record of achievement, Teva continues to pursue a rich future in generics as we focus on patient needs, improving compliance, convenience, efficacy and safety, and providing affordable generic products to patients and society worldwide.

Since this is America, and American-style neoliberal capitalism has sickened the entire planet while a few plutocrats and corporations have gotten filthy rich, we can look for Master of the Universe Jeff Bezos to now swoop in like a vulture and make a killing off the backs of sick people, including sick and dying children. As Investopedia reported last month:


The worst-case scenario for drug companies may not be the cost of lawsuits. In August, Morgan Stanley analysts argued that the opioid settlements could present an opportunity for e-commerce giant Amazon.com Inc to steamroll its way into the market as it's done in other areas. "If distributors face increased regulation as a byproduct of any settlement, the cost of doing business would go up, making it easier for a fourth competitor such as Amazon to enter the marketplace, " wrote analyst Ricky Goldwasser. 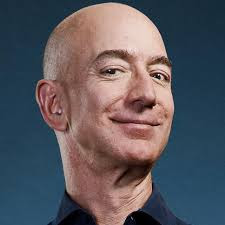 So I hope that when the Democratic candidates are asked to dish on one another's scandals at tonight's "debate," Bernie Sanders will pipe up and again point to the real scandal of how our greedy, for-profit, market-based health care delivery systems are literally killing the same people who they merely pretend to help.

We have a choice: Medicare For All, or the prospect of having Alexa administer your child's chemo at the sweltering Amazon Fulfillment Center nearest you.


Twilight Zone Alert: Teva, as it happens, was the word of the day today (16 Oct) in the Israeli daily Haaretz. Teva has had many meanings since the Exodus, which the Haaretz article reviews. Today, it generally means All of Nature, exclusive of humanity and its works. Teva Pharm's actions may add an additional and darker meaning to its etymology. We might begin to say that kids who die for lack of vincristine have been teva'd.

Our country is sick with a malignancy called Capitalism. Bernie Sanders is fighting for a cure because he knows the serious damage it does to all aspects of our body politic. Elizabeth Warren, on the other hand, has good treatment plans for managing symptoms. If they could get on the same page about the disease itself, they'd be a powerful force of nature.

Speaking of malignancies, just days ago I was diagnosed with Breast Cancer. Surprisingly, it's the cost for treatment that weighs most heavily on me right now.

Even with traditional Medicare paying for 80% (after my deductible was met), that other 20% adds up fast. The cost just for getting definitively diagnosed - from screening mammo, to diagnostic mammo and ultrasound, to biopsy/pathology and surgical oncologist evaluation/consult - wipes out my meager savings, and treatment hasn't even begun.

Bernie is damned right about the damned bills! Medicare For All with no deductibles and no copays would remove the heavy burden of debt left behind long after the cancer is (hopefully) gone.

Fight For the Cure! (of Capitalism and Cancer)

So sorry about your diagnosis. I hope you get and feel better soon. Don't worry about the damned costs. They can't get money out of a rock and they can't refuse to treat you. I've gone broke, eventually lost my house and savings over medical bills myself. The hospital where my late husband had been a staff physician even sued me.

You possibly might qualify for Medicaid, even if you own a home and have assets. There are such things as waivers for Medicaid, which I found out about during one four-month hospitalization.

Uninsured and underinsured people are the exception rather than the rule. Medical debt is as American as apple pie. It's the damned hospitals - now usually privatized conglomerates - that are so against M4A, so thankfully they are finally being exposed as the predators and the cheats they often are, and some are even being shamed into dropping lawsuits against patients.

We'll all be thinking of you, so please stay in touch with us!

Thank you for your post but you miss a very big piece of information. And that is the availability of many forms of holistic healing which are often less expensive, much safer and even more effective.

I just watched a live streamed 3 day conference on treating cancer, not the first broad based presentation of what people around the world are doing. One point made by medical practitioners from Asia is how surprised they are at how the US limits access to holistic treatments. In many countries all forms of treatment are equally available and patients are not charged. Diet is the foremost 'treatment' in dealing with diseases but in the US most medical doctors actually denigrate nutrition when treating cancer. I have heard stories of such practitioners telling cancer patients to keep eating their sugar and processed toxic foods. I am not sure how much of this is pure ignorance or arrogance, but it is definitely mean spirited, even cruel.

While Single Payer is needed for health care, Medicare for All is just another drug pushing program. What was done with Opioids is done with every other disease condition. Vioxx killed 40- 60,000 people from that drug before it was pulled off the market. Statins are primarily dangerous causing heart attacks. Vaccines, a veritable cocktail of toxic elements is known to cause cancers as well as neurological conditions that devestate families. And vaccines actually do not work which is why we keep seeing increasing outbreaks of childhood illnesses/infections in those already vaccinated.

I have often said that the public is the economic frontier of the drug corporations which is what you are saying and what Sanders said. Corporatism is the same no matter what the field of focus but there is none so nefarious as those in the medical industry which count on the fear of people who they have rendered co-dependent on this industry for ongoing profit. It is just like the military industries which count on ongoing, non-stop military attacks throughout the world. But the medical industry strikes at a point that can get no closer to home--our body.

So please open your mind to the availability of holistic protocols which Big Pharma has spend 100 yrs trying to destroy simply because it is a successful competition to its profits.