Just because Congress now resembles a typical American high school, what with all the armed federal troops protecting the premises from armed adolescents posing as elected reps and credentialed support staff, doesn't mean that the typical cliques and petty scandals and rampant cheating cannot go on as usual. Politico has a new gossipy piece up, dishing about the six distinct frosh cliques already forming in the lower House: the hardcore Trumpies, the Republican Resistance Fighters, the Texas Six, the anti-Squad Force, and Friends of the Squad. They're mixing, they're mingling, they're trashing each other in the very best Heathers tradition.

Politico doesn't go so far as to report that voting is already underway for the winners in various "most likely to" categories for the 2021 congressional yearbook. But here's my own inside scoop:

Class Clown: The heavy favorite to win in the crazy department is, of course Marjorie Taylor-Greene, the Q Conspiracy Queen of Georgia. When Marge isn't calling for the assassination of House Headmistress Nancy Pelosi, she's chasing fellow freshman Cori Bush down the hall shouting racist epithets. She's in no danger of being expelled for uttering her terrorist threats quite yet because, democratic institution that it is, it would take two thirds of her colleagues to kick her out. And quite a few of them, especially the Anti-Squad and the Texas Six, are almost as zany as she is.

Richest Frat Rat: California's Darrell Issa dropped out of Congress High in 2018 to spend more time with his money, but now he's back on campus to reclaim his Right-ful place as the richest jerk ever to grace Hallowed Hall with his presence. Worth as much as half a billion bucks, Darrell ran for a seat in another Golden State district which was recently vacated by convicted felon Duncan Hunter. Issa barely beat a Democrat who was even more conservative than he was, largely because his opponent bragged to voters he would not support Joe Biden because he is too liberal. I have no insider info yet as to whether Darrell will resume his career as a lowly 68 year old freshman gazillionaire, or whether he still packs the seniority clout he'd amassed when he precipitously left Hallowed Hall only two years ago. Besides, his theft of a Maserati and a concealed weapon conviction back when he had just dropped out of real high school have apparently been expunged from his official record.

Creepiest Campus Creep: Ted Cruz always reminded me of the child-stalking predatory preacher played by Robert Mitchum in Night of the Hunter. 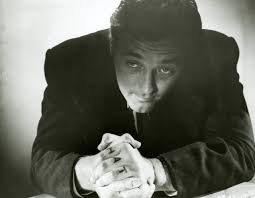 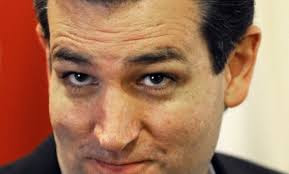 But he has long since advanced from performing his depraved Dr. Seuss bedtime filibusters for the prevention of the prevention of cruelty to all living things. His senior prank this year has been the radical aiding and abetting of Donald Trump's attempted coup.

Best Put-Down Artist On Campus: Alexandria Ocasio-Cortez (Alex to her friends, AOC to everyone else ) in full view of her 10 million Twitter followers very publicly just humiliated Ted Cruz, spurning his oafish and very disturbing advances to crash the Wall Street frat party of day traders with him. AOC wouldn't be caught dead with Ted, for the simple reason that Ted already tried to have her murdered once.  She is still understandably traumatized by the Siege of January Sixth, on top of trying to recover from the "violence" of comedian Jimmy Dore calling her out for her M4A #Force the Vote wimpiness. AOC certainly didn't achieve her hard-won slot in Hallowed Hall trouncing creepy BMOC Joe Crowley only to then let Creepy Ted sic his Proud Boys and Bugaloo Bois goons on her. Reddit, forget it. These games must stop. But her deluge of pithy tweets must never end.

So there you have them: Marge & Darrell & Ted & Alex starring in a movie about a motley crew of politicians, hailing from swing and non-swing districts alike. Don't forget to vote for the ones you hate, the ones you love, the ones you love to hate and the ones you hate to love. Your vote, as always, will mean absolutely nothing because it will never even be counted. Only your clicks will count, and your personal data will be duly collected the better to efficiently target you with a deluge of ads that never stop.

It's all a show to keep you either lulled to sleep and spurred into a state of relentless and helpless rage.  Pass the popcorn, and try not to choke on it as you are regaled with the outlandish triple feature plot of Divided America, the New Dawn of Democracy and United We Oligarchs Stand.

Meanwhile, it is very important not to confuse Marge & Darrell & Ted & Alex with a less flamboyant but much more powerful clique of "moderates" who are all piling into bed together to try and convince their audience that austerity for the masses of people is cool and adult. If you don't think that Mitt Romney and Susan Collins and Lisa Murkowski and Thom Tillis have the power to swing Joe Biden into agreeing that cutting federal pandemic aid by two-thirds is a titillating S&M turn-on, then you not only don't know plots,  you are not very skilled at suspending your innate power of disbelief in the interests of unity and soul restoration.

We've seen how this particular show ends hundreds of times before. The performers outstare each other, multiple platitudes are mumbled, nothing much happens, and then they all go home to multiple dwelling places. through any number of revolving doors.

The Other Coup —
We can have democracy, or we can have a surveillance society, but we cannot have both.
https://www.nytimes.com/2021/01/29/opinion/sunday/facebook-surveillance-society-technology.html
Jan. 29, 2021 ~ by Shoshana Zuboff


Many thousands of years from now, creatures who are really (really) made in the image of God, will ease their space saucer down on the ash-overlayered remains of D.C. and begin excavating the largest mound. Beneath the dust and ashes their tools will strike and bore through the great dome and, by sheer luck, they will land in the library. After a few days of perusing the Congressional Record they will shake their heads and, having decided further exploration not worth the trouble, will sail away still in search of an intelligent civilization.

Ah, yes, thank you for keeping all the yearbooks, Karen. The American Education SystemTM has replicated itself once again. Every Senior Class President Still Living is living in Washington, DC, today.  And, contrary to Received Pronunciamenti, augmenting the curriculum with Athletic Competitions, Hollywood, Father Coughlin, TV, Facebook, and Twitter has not improved the experience. As Paul Goodman explained, and no one listened, it's Cumpulsory Miseducation until the Greenland Ice Sheet melts and Elon Musk escapes to Mars.

Which leads me to ask, Where are the nerds??  Of course, Asperger's patients are not expected to compete in the Twitter Athletic Contests or the Halls of Congress. They have a separate competition of Robert Maxwell journal publications and NIAID grants.  Who is the young, up-and-coming Tony Fauci? Certainly there must be another, young nerd who has captained his high school basketball team although standing only 5' 7"!

Standing at 5' 8", Pete Buttigieg must be a close contender.  Although he apparently never earned a letter, in 2000 he did win in the John F. Kennedy Presidential Library and Museum's Profiles in Courage essay contest, and he speaks, at last count, 36 languages, several of them with native speakers.

But otherwise, I'm at a loss. Readers?

Thorstein,
That is why FDR was such an elitist. That Brain trust was made up of brown nosing pointy headed technocrats. Don't get me started on the Progressives who helped to usher in the sixteenth amendment. Boogaloo bois know that this is tantamount to slavery. That is the bright side of the breach-- real working class heroes putting the fear of god into our elected officials to serve true working class demands.


I suppose we could go on and on about the congressional idiocy that keeps getting more idiotic with each passing election. There seems to be no limit on how low you can go. In case you would like to read something more sensible from a politician, I recommend Vladimir Putin’s recent speech to the masters of the universe at Davos. Here’s the nugget at the heart of his address:

This is the only way to guarantee the cost-effective development of the modern economy, in which people are perceived as the end, rather than the means. Only those countries capable of attaining progress in at least these four areas [mentioned above] will facilitate their own sustainable and all-inclusive development.

As a follow-on commenter said after reading Putin's remarks, you can’t expect ANY Western leader to come out with anything comparable. Nor can you expect any mention of Putin’s rational remarks in the West’s MSM. You will find a pretty good intro and selected segments of the speech here:
https://www.moonofalabama.org/2021/02/this-is-why-they-attack-him-putin-explains-why-we-need-new-economic-policies.html#more


Here’s a comment I wish I had included in the above recommendation to read Putin’s speech. The following sentence is a comment by someone, probably on the other side of the world, whose view of the American political scene squares perfectly with Karen’s mocking description of the latest nonsense.
“The level of [political] dialog is truly infantile in the USA.”

"The performers outstare each other, multiple platitudes are mumbled, nothing much happens, and then they all go home to multiple dwelling places. through any number of revolving doors."

And there you have it all

Karen, your so poetic. I love your last sentence about the revolving door. Reminds me of Yeats. But don’t ever google him reading aloud or you’ll be even more depressed than reading COVID-19 statistics.

Now, Sylvia Plath is a delight to hear read. She, is a wonder of the internet. Just google, Sylvia Plath reads, “Daddy”, or any other of her masterpieces. “Out of the depths, I rise with my red hair, and I eat men like air.”

I’ve come to realize that politics isn’t even interesting anymore. Socialism will never come happen in the United States because the moderates have convinced everyone that it’s evil in their attempt to preserve our most productive import, weapons.

So, listen to Bach cantatas.

Sorry, export. Also, you’re is the correct word, and I didn’t delete the word, come. That’s the last time I write at 2:30 in the morning when I can’t sleep, on an iPad.

I detect a shift in the tone of the commentary, probably caused by civics fatigue, brought to the fore by the dynamic do-nothing called Trump. The good sense of the League of Women Voters carries little sway in a political kindergarten gone wild. Politics has become so transparently ridiculous that mockery from the sidelines just may be excessive, tiresome.

I suspect we have also exhausted our callouts of big media. What more can we add to years of our critique of the Gray Lady and her sisters? They adore the Masters of the Universe and act accordingly –– end of story.

Do we need more lessons in political science or responsible journalism? Luckily, the banner of this site, in addition to declaring itself open to politics and media, has always included culture.

Kick out the clowns. Call in the poets, musicians, etc. to whom we should give a hearing, for more in the vein of Yeats or Allen Ginsberg’s Howl! or Barry Lopez’s prose descriptions of nature from pole to pole or Bertrand Russell’s praise of the sciences, which had better be coupled with wisdom. There’s so much more fascinating stuff to dwell upon. Culture includes just about everything, except infantile politics and propaganda in the service of moneyed Philistines.

“When I hear the word culture, I reach for my gun," wrote Nazi poet/dramatist Hanns Johst. Oh-oh. And his line was picked up by big shots closer to Der Fuhrer. Whatever. Culture. Bring it on. It may serve for a while as our methadone to distract us from our addiction to the highs and lows of politics and journalism.