The Liberal Marketing of Lowered Expectations

Since President Biden's definition of competitiveness is limited to protecting American oligarchs from Chinese oligarchs, his campaign promise of a government-run public option to compete against the for-profit health insurance industry is, unsurprisingly, not part of his proposed annual budget, to be officially delivered to Congress this week.

Therefore, what the New York Times touts as an "ideologically diverse" group of congressional Democrats is mounting a "pressure campaign" against the White House. Not to include the public option in either his infrastructure package or his budget, mind you. And definitely not to support Medicare For All, which is way too radical and inconvenient and popular a concept to even think about right in the middle of a deadly pandemic. Rest assured that these Democrats merely aim to tweak the currently-existing health insurance scheme for the elderly, in so delicate a way that the for-profit health care industry should barely even feel the pinch.

The core of this plan is to lower to the Medicare eligibility age from 65 to 60, and to expand coverage of this selected demographic's bills for dental, vision and hearing care. The multibillion-dollar cost of the plan would be "paid for" by allowing Medicare to negotiate lower drug prices with Big Pharma.

This last part is the poison pill which dooms even this pathetically modest effort to preordained failure. Cue the onslaught of drug company and hospital lobbyists bearing campaign bribery gifts to the congress critters already cowering behind their acres of barbed wire and more heavily protected than ever by their recent allocation of billions more dollars to the Capitol Police, which strangely enough did not require its own "pay-for."

"It's really unusual to get his level of intensity on a health care proposal,"  Progressive Caucus leader Pramila Jayapal enthused to the Times.

She wasn't, of course, referring to the health care lobbying onslaught, but to the fact that 150 representatives were all able to come together to pressure Joe Biden to do even less than he'd promised to do on the campaign trail, and far less than what ostensible Medicare For All proponents like Jayapal have committed to doing for their entire political careers.

But rather than admit that Democrats are cravenly caving to the insurance and drug lobbies, Jayapal is using the Times to give her cover as the Paper of Record pretends to take her "pressure campaign" seriously. Maybe readers won't notice that the obligatory "strongly-worded letter" to Biden signed by Democrats, followed by a big bold scheduled Zoom conference with White House officials, are the usual stale examples of passive-aggressive political theater. But just in case they do notice, the campaign for Medicare For a Few More Lucky Duckies will also include a slew of carefully-planted opinion pieces and more softball corporate media interviews with Jayapal and her conservative colleague Conor Lamb.

In order to engage the public in this charade, there are also the usual villains and roadblocks standing in the way of these intrepid congress-critters. The first roadblock is Biden himself, whose own health care plan is throwing more billions of public dollars at the private insurance cartels. Then there are the hospitals, which already are raking in record profits from the pandemic, not least because they have used federal bailout funds to buy up a record number of smaller hospitals and medical practices already struggling to survive and which largely had served poor, uninsured and underinsured people. This consolidation will now lead to even higher prices being charged to patients and insurance premium-paying employers, say critics.

That (Biden's) proposal has widespread support, including from hospitals, which want to be paid the higher private insurance rates, and insurers, which want more people buy their products. Any effort to expand Medicare is likely to be met with resistance from those same groups.

Those same destructive groups position themselves as delicate royalty, for whom the pea-sized Medicare expansion planted by Democrats under their layers and layers of soft mattresses will viciously assault their tender bottom lines. 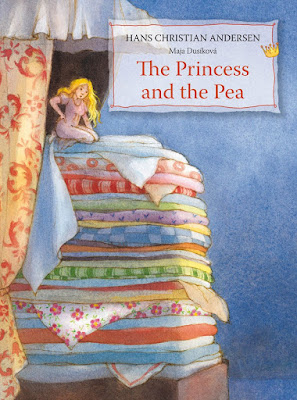 So, you might ask, why not just call the bluff of these morbidly sensitive elites and kick them right off the towering corporate welfare featherbeds to which they've become so ridiculously and unhealthily accustomed?

Why not just welcome the hatred and temper tantrums of these royal pains, and mount a pressure campaign against the White House for a full-fledged Medicare For All program, which would of course also cover the therapeutic lancing of many an oligarchic butt boil, not to mention salving those totally preventable plutocratic pressure sores?

Well, because if you limit government-run health insurance to just one lucky age group, then you don't run the risk of tens of millions of people of all ages coming together clamoring for it and cheering for it, and pressuring their congressional reps to actually vote for it.

Quite the opposite in fact, especially when the think tanks and politicians and media pundits funded by the insurance and drug cartels start kvetching anew about the old robbing the young of their futures.

Let the peasants keep feasting on manufactured resentment and maybe they won't notice that our ruling elites are losing legitimacy by the minute.

Email ThisBlogThis!Share to TwitterShare to FacebookShare to Pinterest
Labels: medicare for some, pains in asses

The Letter from Birmingham Jail,
also known as the "Letter from Birmingham City Jail" and "The Negro Is Your Brother"
is an open letter written on April 16, 1963, by Dr. Martin Luther King, Jr. ~
https://kinginstitute.stanford.edu/king-papers/documents/letter-birmingham-jail
https://www.africa.upenn.edu/Articles_Gen/Letter_Birmingham.html
>>--> excerpt:

Lamentably, it is an historical fact that privileged groups seldom give up their privileges voluntarily. Individuals may see the moral light and voluntarily give up their unjust posture; but, as Reinhold Niebuhr has reminded us, groups tend to be more immoral than individuals.

We know through painful experience that freedom is never voluntarily given by the oppressor; it must be demanded by the oppressed. Frankly, I have yet to engage in a direct action campaign that was "well timed" in the view of those who have not suffered unduly from the disease of segregation. For years now I have heard the word "Wait!" It rings in the ear of every Negro with piercing familiarity. This "Wait" has almost always meant "Never." We must come to see, with one of our distinguished jurists, that "justice too long delayed is justice denied."

I must make two honest confessions to you, my Christian and Jewish brothers. First, I must confess that over the past few years I have been gravely disappointed with the white moderate. I have almost reached the regrettable conclusion that the Negro's great stumbling block in his stride toward freedom is not the White Citizen's Counciler or the Ku Klux Klanner, but the white moderate, who is more devoted to "order" than to justice; who prefers a negative peace which is the absence of tension to a positive peace which is the presence of justice; who constantly says: "I agree with you in the goal you seek, but I cannot agree with your methods of direct action"; who paternalistically believes he can set the timetable for another man's freedom; who lives by a mythical concept of time and who constantly advises the Negro to wait for a "more convenient season." Shallow understanding from people of good will is more frustrating than absolute misunderstanding from people of ill will. Lukewarm acceptance is much more bewildering than outright rejection.

Just listened to Phil Ochs and really enjoyed it. Thanks, Erik. Here's Ron Placone's updated version of the song that I stumbled upon while scrolling down from Phil's. Great stuff!


And ditto on Placone's "I'm a Liberal."

Oh yes, that old chestnut "Love me, I'm a liberal". You would think that you are talking about dismantling the capitalist system, rather than single payer-- something Canada has for chrissakes. I remember reading a book about the gentrifying South End of Boston. The writer, a French urban theorist thought it was funny that the wealthy liberals assumed she was an Obama supporter. She was definitely to the left of this group-- a group she characterized as supporting European style welfare state policies such as free college and single payer, but nothing that would radically alter their world or the world of the classes that had been affected by this gentrification (to their detriment.)
I am not sure how this "pressure campaign" is supposed to work, but I would like to live in this world where tens of millions are going to come together to cheer this on.

And what is one of Biden's first concessions? He's giving up on his proposed reversal of some of Trump's 2017 tax cuts for the rich.

If Biden planned on reversing only "some" of Trump's tax cuts, and is now scratching that item from his bill, that just might mean there will be no reversal whatsoever to the outrageous 2017 tax cuts for the rich.

Without money collected from somewhere, the pay-go vultures will have a feast on that mighty $1.9T infrastructure bill, which will look more like a carcass with each passing day of negotiations.

If there were an Olympic event for running backwards, Clinton, Obama and Biden would take the gold.