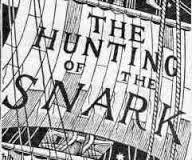 The folks of the Surveillance State are shocked, shocked that snark and symbolism and smoldering emotions are going on in the chat-o-sphere. They just can't keep up with the jokes, the irony, the pissed-offiness, the double-entendres, the parodies, the satire that are running rampant in cyberspace. It's jamming up their poor brains as they constantly troll, in real time, the communications of every man, woman, child, boojum, bandersnatch and jubjub with an internet connection.

Is that a terrorist sicko they're monitoring, or just a sicko with a terrific sense of humor? It's hard out there for the spooks. Their reading comprehension scores are falling far, far behind their reading speed scores. And thus, the Department of Homeland Security has just put out a work order for special software to help our minders detect sarcastic blog posts, hidden meanings, deleted or altered Tweets, and snarky online comments. They are procuring what they call a "Computer Based Annual Social Media Analytics Subscription."


For the Snark's a peculiar creature, that won't
Be caught in a commonplace way.
Do all that you know, and try all that you don't:
Not a chance must be wasted to-day!

Here, if you choose to accept it, is your Mission Implausible from Uncle Sam:

This is a combined synopsis/solicitation for commercial items prepared in accordance with the format prescribed in Subpart 12.6 of the Federal Acquisition Regulation (FAR), as supplemented with additional information included in this notice. A subsequent solicitation document will not be issued. Solicitation HSSS01-14-Q-0182 is issued as a Request for Proposal (RFP) though FAC 2005-72.  The NAICS is 511210. The United States Secret Service  intends to award a ( FFP) Firm Fixed Price competitive contract on the basis of Best Value to the Government

1.0       INTRODUCTION
This requirement is for procurement of a social media analytics software  tool to be used by the United States Secret Service (USSS) Office of Government and Public Affairs (GPA).

2.0       MISSION
The Secret Service is a federal law enforcement agency with headquarters in Washington, D.C. and over 140 offices domestically and internationally.  Although, the USSS was established in 1865, solely to suppress the counterfeiting of United States currency, its mission has grown to include: safeguarding the nation's financial infrastructure and payment systems; preserving the integrity of the economy; and to protecting national leaders, visiting heads of state and government, designated sites, and National Special Security Events (NSSE).

3. 0      OBJECTIVES
Procure a social media software analytics tool with the ability to:

4.0       TASK ORDER/PERIOD OF PERFORMANCE
One (1)BPA (Blanket Purchasing Agreement) with a period of 5 years.

5.0       SPECIFIC REQUIREMENTS
The software tool must possess the following capabilities/functionality:
All proposals must be submitted via email to Contract Specialist via Email at ivy.meadows@associates. usss.dhs.gov and charles.keeney@usss.dhs.gov   NO LATER THAN 9 June  2014, at 5:00 PM EST

Don't you feel safer already? Robbie the Robot (aka Big Brother) will be constantly scanning, never sleeping, with a preternatural ability to detect nuance and hidden meanings in every digitized word.  He/it will be able to create custom reports without the need for human eyes or human brains. Softy Ware be able to measure his own spooky footprints wherever he dares to tread! If he feels like it, he can even send notifications to the perpetrators of suspected irony! Like, "Duh, could you explain the punchline again? Does not compute...ute...ute. The Blue Screen of Death will come knocking if you don't knock off the snark!"

Taking a tip from the snark-hunters of yore, they will use all the means at their disposal in their search for meaning:

As NextGov observes, those honchos of the Homeland have gotten into hot water for this kind of stuff before:

A couple of years ago, the Homeland Security Department, the agency's parent, got in trouble with lawmakers and civil liberties groups for a social media program that would work, in  part, by having employees create fake usernames and profiles to spy on other users.

A House Homeland Security Committee panel called DHS officials into a hearing after reports the department tasked analysts with collecting data that reflected negatively on the government, such as content about the transfer of Guantanamo detainees to a Michigan jail. The Electronic Privacy Information Center has sued DHS for more information on the program.

The likely defense this time will be that the software made them do it. No actual communications will be intentionally collected on purpose willingly. Besides, the software isn't merely collecting your words. It's collecting your meaning, your emotions, even your subliminal thoughts. It's a whole new job description for the Secret Service.

Oh, and before I forget: we just marked the first anniversary of the Edward Snowden revelations.

So, stick a fork in it, Spooks! You're done. (I mean that literally, Bro.) 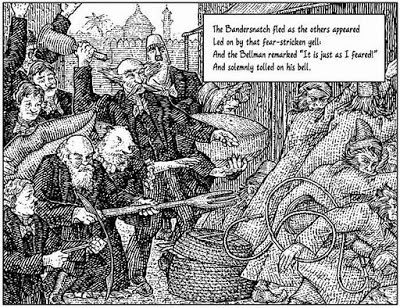 Did he mean he really didn't like the "famous" men leading Maryland in Annapolis, when he said "'Let Us Now Praise Famous Men.'"? Better have a chat with him, how far might he go with his "dislikes."

My job is so shitty I wish I could overthrow my boss. It’s like this oppressive regime where only true believers in his management techniques will stay around. I work marathon-length hours and he’s made all these changes that have made it the worst architecture firm to work at in Manhattan. Like he moved the office to the Financial District and fired my assistant. She was the only one who knew where the blueprints were! I need access to those blueprints to complete my job! F my life, right? And he keeps trying to start all these new initiatives to boost revenue, but seriously we just need to stick to what we do best. There’s only one true profit center. I seriously feel ready to go on strike at any second.

I just read this article about how these free radical particles can cause the downfallof good health and accelerate aging. These could actually cause death to millions of Americans. If these particles are flying around undetected everywhere, does that mean we’re all radicalized?

Have you seen the second season of Breaking Bad? I just finished it. I couldn’t believe that episode where they poison the guy with ricin! That was the bomb! I won’t say any more because I don’t want to reveal the earth-shattering events to come.

Oh! So I’ve been planning a big trip for the summer. I’m thinking of visiting all of the most famous suspension bridges in the United States. So probably like the Golden Gate Bridge, The Brooklyn Bridge, and the Verrazano Narrows Bridge. I’m gonna bring my younger brother and I know he’ll want to go to bars, so I’m thinking of getting him a fake drivers license, but I hope that doesn’t blow up in my face.

Okay, I gotta run! I’m late for flight school. I missed the last class where we learn how to land, so I really can’t miss another one. Talk to you later!

This is totally the Bomb:

In response to the article about Demonizing Sergeant Bergdahl by the editorial board of the NYTimes, I sent the following comment which was printed at the end of the submissions and didn't get any responses as a result. I want my fellow Sardonickyites to see it since no one else had my point of view that I saw in the comments section which surprised me.

"The comments about Bowe Bergdahl's status as a soldier? traitor? deserter? have no place in premature criticism of his rescue. He is the poster boy, no matter what his beliefs, of the results of a war that should never been started but ended long ago.
To threaten him with an army trial and possible imprisonment because he might have become disillusioned and incapacitated as a result of his experiences is a poor way of trying to avoid admitting the fatal error of becoming involved in this senseless military adventure. If only I could believe that it was truly a mission to help the Afghanistan people.
I hope he recovers and is able to tell us what happened to him. But I fear he and his parents will be silenced and censored and not allow whatever truth exists to be heard.
After all, the current belief that Iraq is better off since our invasion of that country indicates that we refuse to recognize the permanent devastation we have left behind for them and for us as well. Ditto for Afghanistan that President Obama cannot seem to extricate himself from."

The United States Secret Service (USSS)
(a) doesn’t need a bunch of nerdy programmers (NP) to write the great swiss knife of applications (GSKOA) for reading thoughts, snarky or otherwise;
(b) based on the USSS memo just featured, its human resources department (HRD) needs to hire a few more English majors (EM),

Yes, English majors, many of whom are
(a) clearly essential to the communication needs of the bureaucratic establishment itself, and
(b) now unemployed and whiling away their unemployed time writing or commenting snarkily and sardonically on blogs like this, or
(c) wasting their time holed up back in their parents’ guest room (PGR) while slaving away on the next great American novel (NGAN) about the dark side of life in the National Security State (NSS).

O Roth, O Updike, O Vidal! How lost we are since you decided to retire –– or pass away.

The criminal, corrupt US government sends tens of thousands of young men and women to fight and die for a lie, and we are astonished that they are not all robots?

Once again, the shiny object in the room rules the day.

@ Elizabeth
LOL
Meanwhile, in the other room, I run a web search for backpacks.

I appreciate the humor. There's not much to laugh about lately. Poor Bowe.

Did anyone else notice this in the Guardian?

Of all the things I've lost in life, I miss my country the most.

Annenigma: Watching a documentary of the 60's in the U.S. on CNN reminds me that things were not great then, if ever. I wonder if the country we miss is what we envisioned as the country we wanted and saw glimmerings of for possibility, in the past. We see only the shadows now so let us try and bring back the glimmerings and hopes if at all possible. It is a heavy curtain to pull aside and we need lots of people to help pull it back. I don't envy the younger generations and hope they have the strength when their turn comes to face the challenges ahead.
We need to leave them our comments, concerns and good deeds to guide them. Karen, I once mentioned that you should wrap up your best columns into a book as a guidepost and inspiration and permanent record for all our progeny.

Bob Bergdahl remains calm at centre of storm over son released by Taliban http://gu.com/p/3pqmc/tw via @guardian