The cult of plutocratic austerians, who'd temporarily retreated to their crypts when Thomas Picketty and wealth inequality became all the rage, are back on another rampage, this time trying to disguise themselves as fun young hipsters. 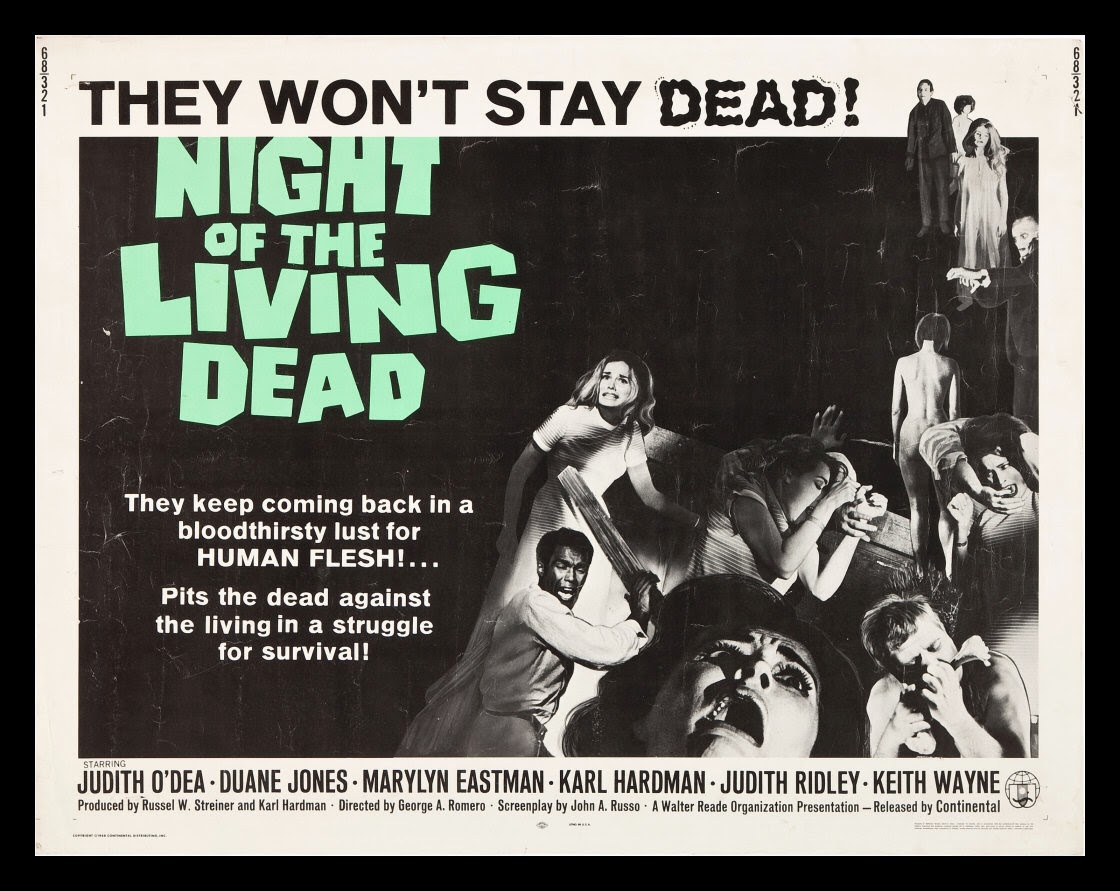 From their money pit they arise, clawing their way into Bruni's Sunday column. He swiftly pivots from a righteous condemnation of the national failure to address the looming climate catastrophe to yet another baseless condemnation of old people who are supposedly gobbling up Social Security and Medicare at the expense of Millennials. For some reason, he thinks that the older generation spends all its epic free time making fun of the selfie craze and other fads, when it should be apologizing to the 20 and 30-somethings for gross malfeasance and neglect:

Among Americans age 40 and older, there’s a pastime more popular than football, Candy Crush or HBO.

Oh, the hours of fun we have, marveling at their self-fascination and gaping at their sense of entitlement! It’s been an especially spirited romp lately, as a new batch of them graduate from college and gambol toward our cubicles, prompting us to wonder afresh about the havoc they’ll wreak on our world.

We have a hell of a lot of nerve, considering the havoc we’ve wrought on theirs.

For decades they’ll be saddled with our effluvium: a monstrous debt, an epidemic of obesity, Adam Sandler movies. In their lifetimes the Atlantic will possibly swallow Miami Beach (I foresee a “Golden Girls” sequel with dinghies and life preservers) and the footwear for Anchorage in February may be flip-flops. At least everyone will be saving on heating bills.

Now that he's created his straw man (the narcissistic middle-aged and elderly who have nothing better to do than to torment their own kids) Bruni seamlessly glides to the alleged crimes of the middle-aged and elderly. To wit: becoming poor enough to qualify for Medicaid, and getting old enough to qualify for Medicare and Social Security. This generational theft, in Bruni's world, is the prime cause of mountains of crushing student debt. He thinks our retirement program is just another part of the federal budget. (Because that's what the deficit hawks who want to privatize it would like us to think.) He quotes centrist multimillionaire and former senator Bob Kerrey to make his point. Bob Kerrey apparently has a young trust fund son who he is worried about, because somewhere out there, an octogenarian scapegoat is breathing, eating more than its share, and filling too many prescriptions. Bruni blunders on,


And there’s too little money for that even now. Talk to physicians and other scientists who have long depended on research grants from the National Institutes of Health to keep the United States at the forefront of invention and innovation and they’ll tell you how thoroughly that spigot has closed over the last 10 years. They’re defeated, despondent.

Oh, the humanity. Oh, the irony. So much medical care is being wasted on diseased people that the best and the brightest scientists who study disease have thrown up their hands, descended into the Slough of Despond. This has nothing, of course, to do with the rampage of bipartisan budget cuts and the recent bipartisan Sequester that hammered the NIH. It's all because of Grandma. (defined, of course, as a Special Interest Group. Right up there with the Exxon Mobil lobbyists.)

So, Bruni enthuses, younger voters are Fighting Back! These young people are not, however, to be confused with the rabble-rousers of Occupy Wall Street. Bruni's Millennials ("they deserve our compassion") are the well-heeled young professionals who gathered in Washington last week to celebrate something called Millennial Week. He doesn't bother telling his readers that this gathering was the brainchild of a marketing pro, or that it was funded by banks and corporations -- and a millennial astroturf group called "The Can Kicks Back." That group in turn, is funded by the discredited Fix the Debt campaign, headed up by deficit codgers Al Simpson and Erskine Bowles, in turn funded by Wall Street titan Pete Peterson, who, incidentally, also provided financial backing for Obama's anti-New Deal Cat Food Commission. These people are not only zombies -- they're incestuous zombies.

You can almost see the $$$ signs flashing behind every stale reanimated talking point in Bruni's essay. Economist Dean Baker has a similar reaction and ably eviscerates Bruni's social spending data as dictated to him by the Urban Institute think tank.


The zombie lie of generational theft just keeps shuffling along. This column is nothing but warmed-over Bowles/Simpson cat food.

It's not the Boomers who are stealing from the Millennials, and ruining their future. It's the super-rich and the polluting corporate welfare queens who are robbing all of us, from the cradle to the grave.

Fact check: Social Security is not part of the budget-- it's a self-funded insurance program. And since the 900 richest Americans already reach the taxable maximum of $117,000 by Jan. 2, why not just scrap the cap altogether? Solvency problem disappears.

Plus, raising the benefit and lowering the eligibility age to 55 would both ease the burden on tired older workers and open up the shrinking job market to millennials.

But as polls show, the super-rich are strongly opposed to social spending. To avoid looking like callous misanthropes, therefore, they and their media/political enablers spread the lie that the older people are leeching off younger people.

Despite what austerian billionaire Pete Peterson (a proud sponsor of that "Millennial Week" marketing confab) says, the country is not broke.

The Federal Reserve Board now reports that total US net worth rose to a record $81.8 trillion, up $1.5 trillion in the first quarter of 2014 and up nearly $13 trillion from the previous peak, pre-2008 crash.

Of course, those gains are clenched tightly in the fists of the real culprits, who think the rest of us have not suffered enough.

Interesting isn't it. Wonder what's going on between Bruni's ears. The only ones I've heard complain about this are young Republicans and libertarians. Then the only young people I come across are blue collar types, though many wouldn't admit it; everyone in America is middle class. Most are happy they're parents have Social Security and Medicare because they've little else. Those whose parents are relatively well off may resent them because they've been fed that right wing pablum for years, often by the very parents they now resent. What goes around comes around.

Wonderful as always. When some entitled "millienial" is on my bumper I wonder if they want to sniff my asshole. I usually pull over and let the kid pass. Hey. I've paid my dues. Does the kid realize that 60MPH is 88 feet per second? Oh. College costs too much. Did I ask for Iraq or Afghanistan or to be lied to by my government? Social Security works and I'm not eating dogfood. Yet. Despite the millenials and the fact that everything has to be fast. I was young. Once.

What's discouraging is that even well meaning reporters are confused with the facts so how do we expect other decent people to know how to respond or understand the basic rotting foundation that is creating the chaos.
Thanks Karen for your usual in your face facts with your comment. Others have also sent in pretty accurate observations.
Here's mine:

Mr. Bruni:
We owe them more than an apology, we owe them the truth. Those of us who see
the handwriting on the wall and have fought for change in our senior years
and all the years before, owe them our best efforts to learn and teach what
we know to be a dangerous path our country is travelling.
We must teach them how to fight in order to put people in office who reflect
the views of the voters, we must teach them how to force our lawmakers to
institute progressive taxation, how to penalize and restrict the owners of
factories from using sweatshops in foreign countries for their own gain and
the nation's loss of jobs, we have to expose a foreign policy that has
forgotten how to resolve issues intelligently instead of marching into wars
that are bankrupting the country, we have to push for real environmental
controls and learn new ways of adapting safe energy sources and last but not
least, to institute a real national health care bill that fairly covers
everyone via our taxes and out of the hands of the private insurers.
And most of all, we must teach our millennials how to fight fairly and
successfully in the market place, in the universities, in their communities
within a political system safe from unbalanced money infusion.
Listen to us younger ones, and learn. We are passing the torch to you.

This guy has really nailed it.

Bless your heart, Karen. I had similar thoughts when reading Bruni's column yesterday, and your analysis is accurate, compelling, AND fun to read. Keep up the great work!

Thanks everyone. This was the second Bruni column in a row touting centrism, Wall Street Democrat style. (earlier he had written on DINO Gov. Andrew Cuomo... which reminds me to address that travesty in the blog sooner rather than later.) Bruni is starting to sound like David Brooks.

Thank you Karen. I know I have said this before, but your writing is wonderful.